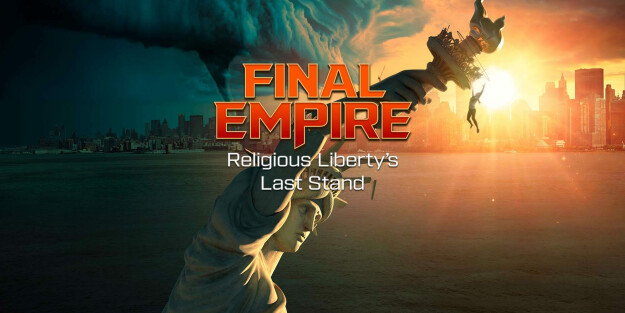 The United States is the wealthiest, most powerful nation that has ever existed. Its rise was no accident. It was formed out of hundreds of specific events that started 3,000 years before the adoption of the U.S. Constitution. But today, is the strength of this nation eroding? Did the Bible see it coming? Will America be history’s final empire?

History tells us that when Christopher Columbus set sail, he already knew the World was not flat. So, what was he really doing on his quest? We’ll look at the evidence that points to Columbus true goals, his deep convictions, and a journey that he believed was driven by the Hand of God.

The Christian religion, a faith founded in humility, quickly became a powerful and tyrannical institution that imposed its will throughout Europe for hundreds of years. Then through a string of historical events, a new movement began—a search for a more biblical Christianity. Could it all be a coincidence or was it part of a bigger plan?

The Earth Opens Up

While Western Europe was in spiritual turmoil, in a far-off land, and against all odds, a biblical model for a man-made government was developing. But with no real power, how could a new republic in direct defiance of the Church of Europe survive? See for yourself the undeniable accounts of divine intervention surrounding the birth of America.

The prophecies found in Daniel and Revelation have predicted empires throughout history. But has the Bible also predicted the birth of America? Do biblical prophecies have answers for what is happening in our world today? Examine the evidence and decide for yourself.

FREE to attend, and FREE book by Presenter, via video, Shawn Boonstra.